April Fools' Day is about more than playing jokes, tricks and pranks. That's just the most fun part of the day! Check out why we're all so mischievous on April 1st.

In the 16th century, France celebrated the New Year just like we do today, except they partied on April 1st. In 1562, Pope Gregory changed the calendar to the one we use today and from then on, the New Year began on January 1st. Lots of peeps didn't know about the new calendar, or they ignored the new calendar and kept celebrating on April 1st. Everyone else called them April fools and played tricks on them. 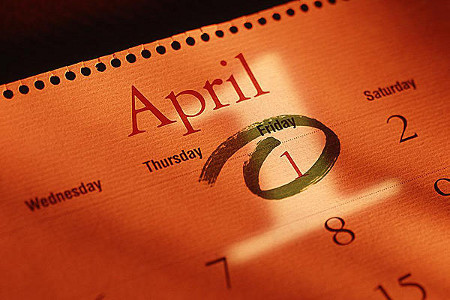 Fools Around the World

In France today, April 1st is called Poisson d'Avril, which means April Fish. Children tape paper fish to their friends' backs and when the young "fool" finds out, the prankster yells "Poisson d'Avril!" In England, tricks can only be played in the morning. If a trick is played on you, you are a "noodle." In Scotland, you are called an "April gowk," which is another name for a cuckoo bird. In Portugal, April Fools' is celebrated on the Sunday and Monday before Lent. Pranksters usually throw flour at their friends.

April Fools' practical jokes should be done in good fun and not meant to harm anyone. The best jokes are the clever ones where everyone laughs, especially the person who had the joke played on them.

Looking for more good April Fool's Day. Check out these jokes and pranks?!

April Fools Day Song / Played a Joke On You